5-hydroxytryptophan (5-HTP) is an amino acid that occurs naturally in the body and is the final step in the production of the neurotransmitter serotonin, an important chemical that’s responsible for many of the brain impulses involving satisfaction and well being. 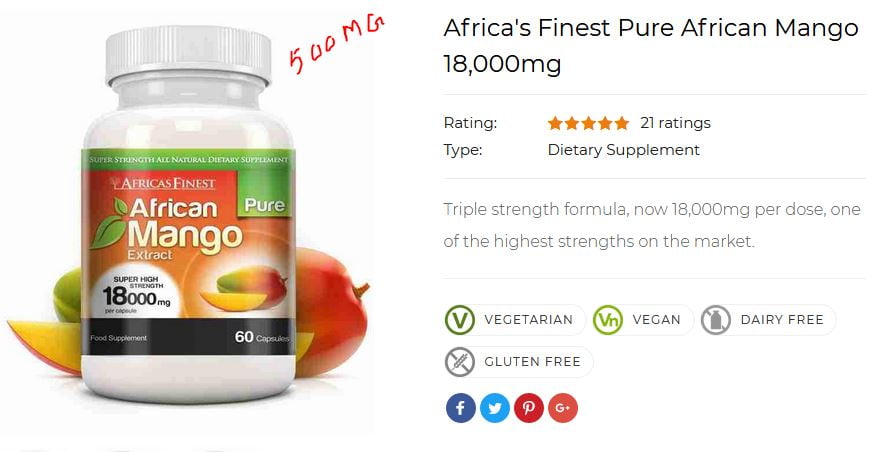 Depression: In 1972, Sano conducted the first large clinical trial using 5-HTP in the treatment of depression. Using an open trial design, a total of 107 patients with unipolar or bipolar depression were given daily oral dosages of 5-HTP from 50 to 300 mg. Significant improvement was observed in 74 of the patients (69%), and no significant side effects were reported. The response rate in most of these patients was quite rapid (less than two weeks).

Depression & Speed of effect: Since most antidepressants require 4 weeks or longer to begin to work, doctors were excited by the quick effects reported in other studies. Thus, one study set our to test the speed of response in a study of 59 patients with eight different types of depression. 5-HTP was administered orally in dosages from 150 to 300 mg daily for a period of three weeks.

Thirteen patients (22%) were markedly improved, and another 27 patients (45.8%) showed moderate improvement. Of these 40 patients who improved, 20 (50%) began to show improvement within three days. 32 patients (80%) improved within two weeks of beginning treatment with 5-HTP. Those taking 5-HTP appear to have a significantly more rapid response than those typical to standard antidepressant treatments.

Japanese researchers administered 5-HTP to 24 patients hospitalized for depression. After two weeks of treatment, a “marked amelioration (improvement) of depressive symptoms” was observed in seven patients diagnosed with unipolar depression. The administration of 5-HTP was also associated with a 30 percent increase in the levels of 5-hydroxyindolacetic acid, the primary metabolite of serotonin, in the patients’ cerebrospinal fluid. This suggested the exogenous (supplemental) 5-HTP) was being converted to serotonin within the central nervous system.

A study conducted by Nakajima T, et. al tested the effectiveness of 5-hydroxy-L-trytophan as an antidepressant drug. Fifty-nine patients with depressive symptoms (using the Rating Scale for Depression made by Clinico-Psychopharmacology Research Group in Japan) participated in this double- blind clinical study. A daily dose of 150–300 mg of 5-hydroxyl-L-tryptophan was administered for three weeks. Favorable responses were observed in 40 patients (67.8%), of whom 13 patients were markedly improved. These effects were noticed in 80% of the improved patients within a week of the treatment.

In 1991 a double-blind, multi-center study compared the effects of 5-HTP treatment with that of SSRI treatments. A total of 36 subjects, all of whom were diagnosed with some form of depression, received either 100 mg of 5-HTP three times per day, or 150 mg of fluvoxamine (an SSRI) three times daily. The subjects were evaluated at regular intervals, using four standard evaluation tools including the Hamilton Rating Scale for Depression (HRSD), a standard depression rating scale; a patient-performed self-assessment; the investigator’s assessment of severity; and a global clinical impression. Both treatment groups showed significant and nearly equal reductions in depression beginning at week two and continuing through week six.

The number of treatment failures was higher in the fluvoxamine group (17%) than in the 5-HTP group (6%). Side effects were found to be rare and generally mild, occurring during the first few days of treatment and then disappearing. Overall, 5-HTP appeared to be slightly better tolerated than fluvoxamine, Tolerance was assessed as being “good to very good” in 34 out of the 36 patients receiving 5-HTP (94.5%), compared to 28 out of the 33 patients in the fluvoxamine group (84.8%).

Caruso et. al. conducted a double-blind, placebo-controlled study in 50 fibromyalgia patients. They administering 100 mg of 5-HTP three times daily for a period of 30 days. Significant improvements were seen in number of tender points, subjective pain severity, morning stiffness, sleep patterns, anxiety ratings, and fatigue ratings. The incidence of side effects in the 5-HTP group was low (6 out of 25 patients), and no significant laboratory abnormalities were reported during the study.

In a longer-term, open study, a total of 50 patients diagnosed with fibromyalgia syndrome were given 100 mg 5-HTP three times daily for 90 days. Patients were then tested at regular intervals during the study. The clinical variables evaluated included: total number of tender points, pain intensity, sleep quality, morning stiffness, anxiety, and fatigue. All of the results showed significant improvement throughout the length of the study. A total of 15 patients (30%) reported side effects from the 5-HTP, but in only one case were they severe enough for the patient to be withdrawn from the study.

Fibromyalgia: In one placebo-controlled study of 200 fibromyalgia patients who were also migraine sufferers, 5-HTP (400 mg/day) was compared to amitriptyline (a tricyclic drug) and pargilyne or phenelzine (MAOI drug). The combination of 5-HTP (200 mg/day) with an MAOI was also evaluated. The study lasted 12 months in which patients kept a daily pain diary. At the end of the study, all treatment forms showed significant improvement over placebo. The combination of 5-HTP with the MAOI was the most effective. 5-HTP alone was as effective as the tricyclic or MAOI drugs. No patients withdrew from the study due to side effects.

Migraines: In a study of 124 subjects, treatment with 5-HTP to prevent migraines was compared to methysergide, (commonly used migraine drug). After six months, 5-HTP (600mg daily) totally prevented or substantially decreased the number of migraine attacks in 75 percent of the subjects.

A placebo-controlled, double-blind study was conducted by researchers at the University of Rome. It evaluated the effects of 300mg, three times daily of 5-HTP on the 20 obese female patients. The study period was divided into two six-week sections. During the first six weeks, the patients took either 5-HTP or placebo with no dietary restrictions. In the second six-week period, the patients were placed on a 1200-calorie per day diet, while taking either the 5-HTP or placebo. Subjects kept a 3-day food diary once every two weeks. At the end of the 12 weeks, the 5-HTP group had lost an average of 11.63 pounds, while the placebo group had lost only 1.87 pounds.

Early satiety was reported by 100% of the participants during the first six-week period, and by 90% of the participants on 5-HTP during the second six-week period. The placebo group did not show significant change in their calorie intake (event during the time they were instructed to diet). The 5-HTP group had a significant dietary intake reduction during the first period, from 3220 calories daily to 1879 calories daily, with carbohydrate intake falling by 50 percent.

During the second period, the calorie intake of the 5-HTP group decreased further, to 1268 calories daily. These findings support the theory that 5-HTP decreased carbohydrate cravings and binge eating, even in the absence of a structured diet. At this high dosage of 5-HTP (900 mg daily), about 80 percent of the subjects initially reported experiencing some nausea. However, this side effect was not severe enough to cause any of the subjects to drop out of the study.

Eight normal subjects were monitored to determine the effect of 5-HTP on rapid eye movement (REM) sleep. A total of 600 mg of 5-HTP was administered to the subjects in the following manner: 200 mg at 9:15 pm, followed by 400 mg at 11:15 pm. A significant increase in the amount of REM sleep was observed while the subjects were taking 5-HTP. A smaller study using a 200 mg dose also showed increases in REM sleep, but to a lesser degree. The smaller dose is probably preferable, since, according to anecdotal reports, higher doses may have a tendency to cause very vivid dreams or nightmares.

As you know, there are hundreds of supplements and herbal products out there extracted  from Arican Mango. It is overwhelming to choose a product that has all the essential ingredients and meeting the quality standards. We have done the research for you! We bring the following products from manufacturers that emphasize quality, good manufacturing standards and stand behind their products. African Mango